Both batch and continuous hydro cooling processes use similar mechanical parts. The components include a chiller, spraying system, a cooling chamber, pump, and frame. Hydro cooling methods include conventional (horizontal conveyor), batch cooling, immersion cooling and truck cooling. Each one can be used to pre cool produce.

Hydro coolers require a chiller that provides a continuous supply of cold water to the surface area of the field heated produce. The warmed water runoff is then cooled and recycled. Most hydro coolers use a vapor-compression refrigeration system. This is similar to an air conditioner or refrigerator. In a refrigerator or air conditioner, a pump removes heat in a measured unit of tons, via air.  Other hydro coolers use ice to cool water and not an air pump. These blocks of ice can weigh over 250 pounds. The blocks are loaded into a reservoir attached to the hydro cooler. 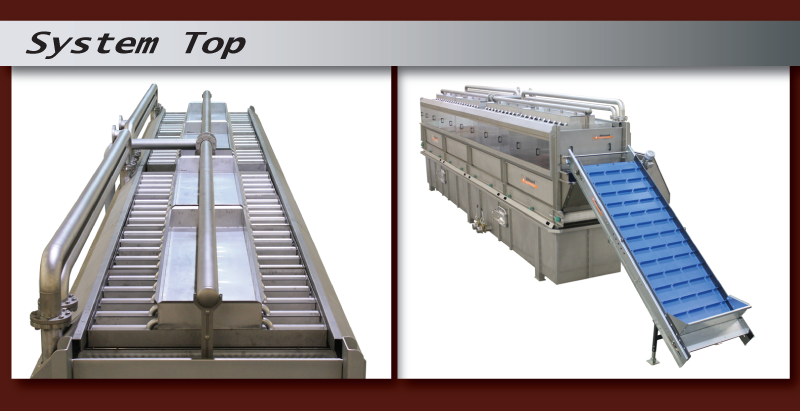 Hydro coolers use a rectangular cooling chamber, insulated with a type of poly-synthetic coating. This prevents water damage from occurring. A multi holding rack is used for batch production. Sometimes the exterior of the cooling chamber is painted a light color, like white to minimize heat absorption from the sun.

A spraying mechanism is used to clean and spray the produce with chilled water. The system recycles water which allows for ecofriendly use. The water from the spraying machine is normally cooled by ice, or air. In an ice cooled system, the insulated reservoirs are located under the conveyor belts, and pumped to the sprayers. Water pressure in all hydro cooling systems can be regulated and adjusted. Rows of spray nozzles are along the top and bottoms of the chambers. They are usually a Y type filter with mesh on top. The screen is used to filter the debris washed away during the cooling. 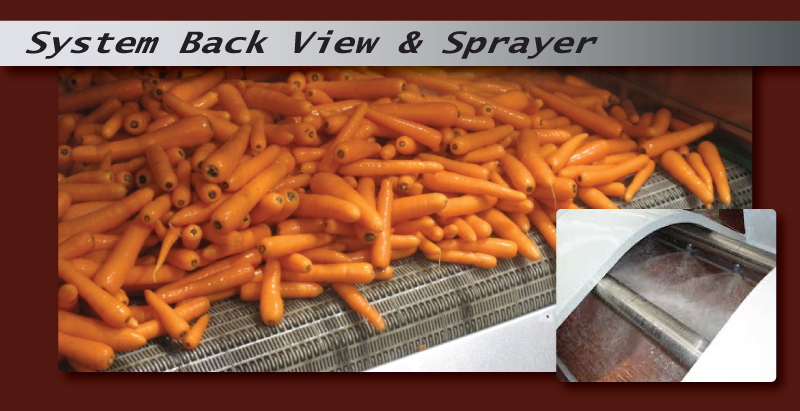