The first part is the refrigeration system. This system requires up to a 20 ton direct expansion refrigeration system. The second part of the immersion system is an ice or chilled water storage tank. The metal, insulated with a polyurethane coating, can hold over 4,500 gallons of refrigerant. The tank holds copper tubing that is mounted to a frame. The tubing is plumbed, to allow refrigerant to cool the system. The filled water tank can hold 40,000 pounds of water.

The vat is conditioned to use wire bound crates. The crates are loaded into one end and are totally submerged in a water bath. They move along the length of the cooling chamber and are released at the other end for further packaging. It can take anywhere between 5-30 minutes depending on the produce size. This system is best used for shed operations, since the product can be placed directly on the distribution truck. 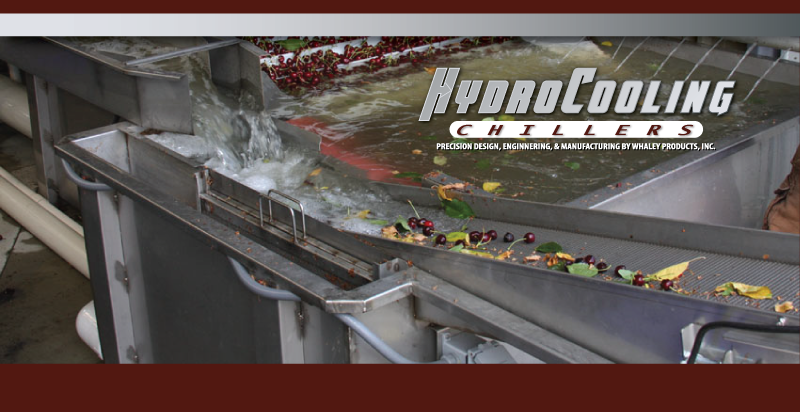